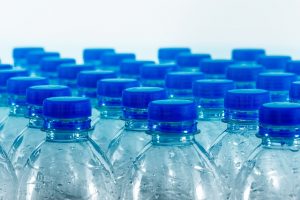 Even creating bottled water increases the level of carbon emissions.

Plastic waste is fast becoming a widely recognised problem. While it is an important material for our economy, providing multiple benefits to modern day living, plastic can take thousands of years to biodegrade.

Producing plastic increases carbon emissions and around 80-90% are made from fossil fuel resources. For example, creating bottled water takes 2000 times the energy than it does to produce tap water!

It takes up valuable space in landfill sites and is polluting the natural environment, having a significant impact on our oceans. There is an estimation that more than 8 million tonnes of plastic are in our oceans, so much so that the prediction by mid-century will be that plastic weight will match the weight of the amount of fish in the sea.

Over 300 million tons of plastic is produced every year and nearly half would be considered for single use only.

However, plastic is an important material used widely throughout industry, but it’s now becoming a more prominent problem when it’s apparent that it can take thousands of years to biodegrade. It’s impossible to remove plastic from industry, but as a socially aware company, Schiedel have already taken steps to reduce the amount of plastic used within their factories, particularly in the UK

Reducing Plastics in the Washington Plant

A team was put together by Schiedel to identify and reduce the amount of plastic used within the Washington manufacturing plant.

The Washington plant produces steel flues and components for the stove and chimney industry; residential and commercial applications.

Like many manufacturing plants and related businesses, Schiedel’s output includes:

The team came up with several questions including: 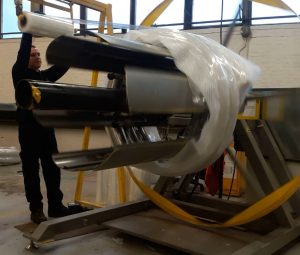 One area identified was the amount of plastic wrap used when transporting flexible liners.

Three machines within the plant produce the flex liner, which is then rolled around a machine, which wraps the plastic around the flex. This is to avoid any unnecessary weather damage and assists in wrapping the product tighter to allow more product to be transported.

An initial trial was carried out in March 2019, where two of the three Schiedel machines wrapped the flex using the new packaging and the existing packaging.

The new packaging was supplied by Kite.

The results showed a considerable saving and reduction

Scott Roberts, Production Manager was more than pleased with the results:

“Speaking to the flex operators, they have more confidence in using the original proposed 15.5 micron wrap by KITE as they feel it covers the flex better & they can fully utilise the rolls (especially as the manufacturing point in which they have to put the initial first layer of wrap on the end of the flex which has a lot of spring back).”

This is just one of the many ways that Schiedel are looking to reduce their carbon footprint, which was acknowledged by a Kite Packaging Certificate (below).

However, the reduction is an ongoing process and we hope this information can encourage other companies to do the same.

Kite
Supplier of materials supported with their engineer 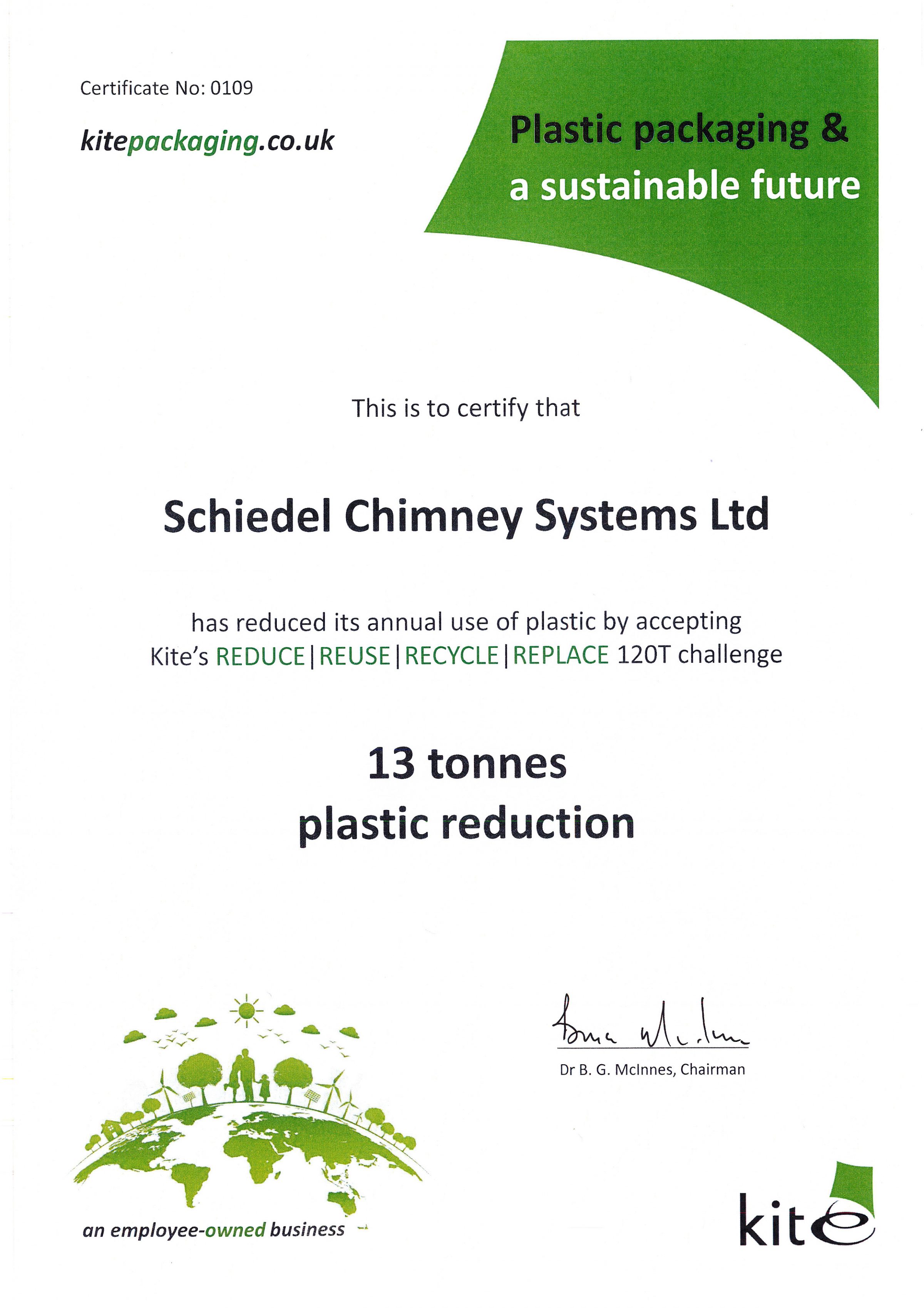