Business success needs personal committment and experienced people, who want to shape the future together while creating and preserving values. Schiedel promotes the power of the Group by a sovereign way of dealing with national entities.

At the international Level Schiedel is led by the Schiedel Executive Committee: 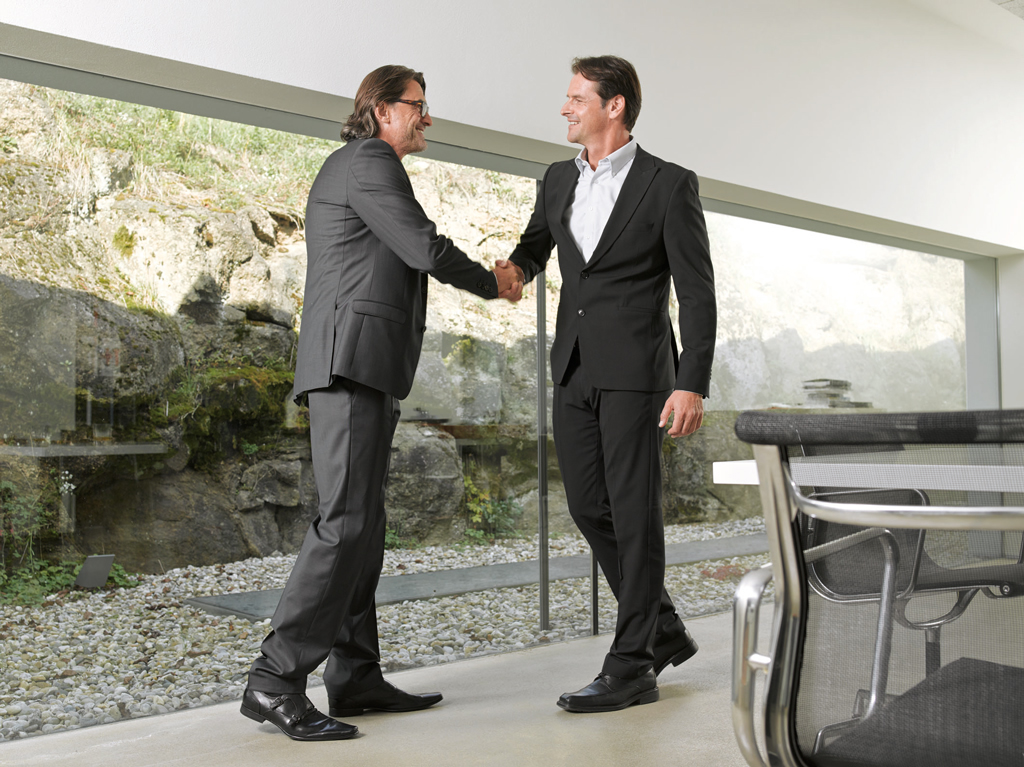 In 2008 Dr. Frank Herrmann started his career within the Braas Monier Group, where he was the leading project manager responsible for the restructuring process (Restructuring Officer). In this position he designed and implemented the operational restructuring of 17 business units in more than 30 countries.

In 2010 Dr. Herrmann started his work at Schiedel as the Director of the Business Line Steel and became member of the Schiedel Executive Committee. ln April 2012 he was appointed Chief Executive and Chief Operating Officer. From that time on he managed the business of Schiedel AG preliminary as CEO. ln August 2012 he was summoned Chairman of the Board and CEO of Schiedel AG Vienna and was called to be the eight member of the Monier Group Executive Committee in 2013.

Since 2012 he has held the position of President for Schiedel International and is leading the Schiedel Executive Committee.
Dr. Herrmann has a technical background. He received his diploma in industrial engineering and his doctorate from the universities in Darmstadt and Clausthal, Germany. He also has numerous years of experience as a management consultant at leading international consultancies. 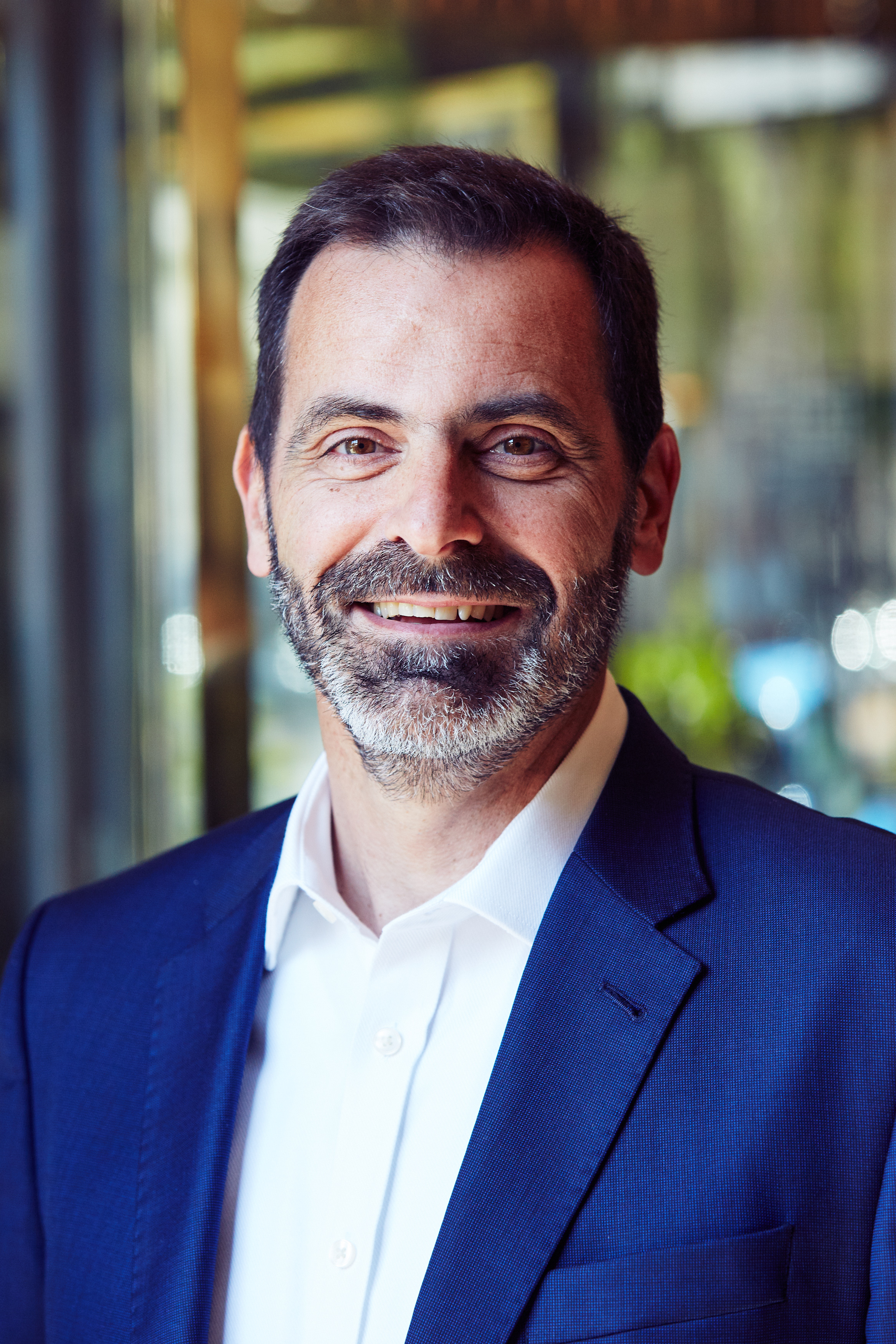 Alessandro Cappellini, MBA, started in January 2017 as President Schiedel International and he is also chairman of the Schiedel Executive Committee.

Born in Rome, A. Cappellini gained his profound industry knowledge and experience in various positions at Robert Bosch S.p.A. Italy, American Standard Italia S.r.l. as well as Ariston Thermogroup, Germany and finally in the roofing and chimney sector, where he began his career at Braas Monier Building Group more than ten years ago. Now, he wants to further expand Schiedel’s strong market position, exploiting new growth potential with his long-term vision. 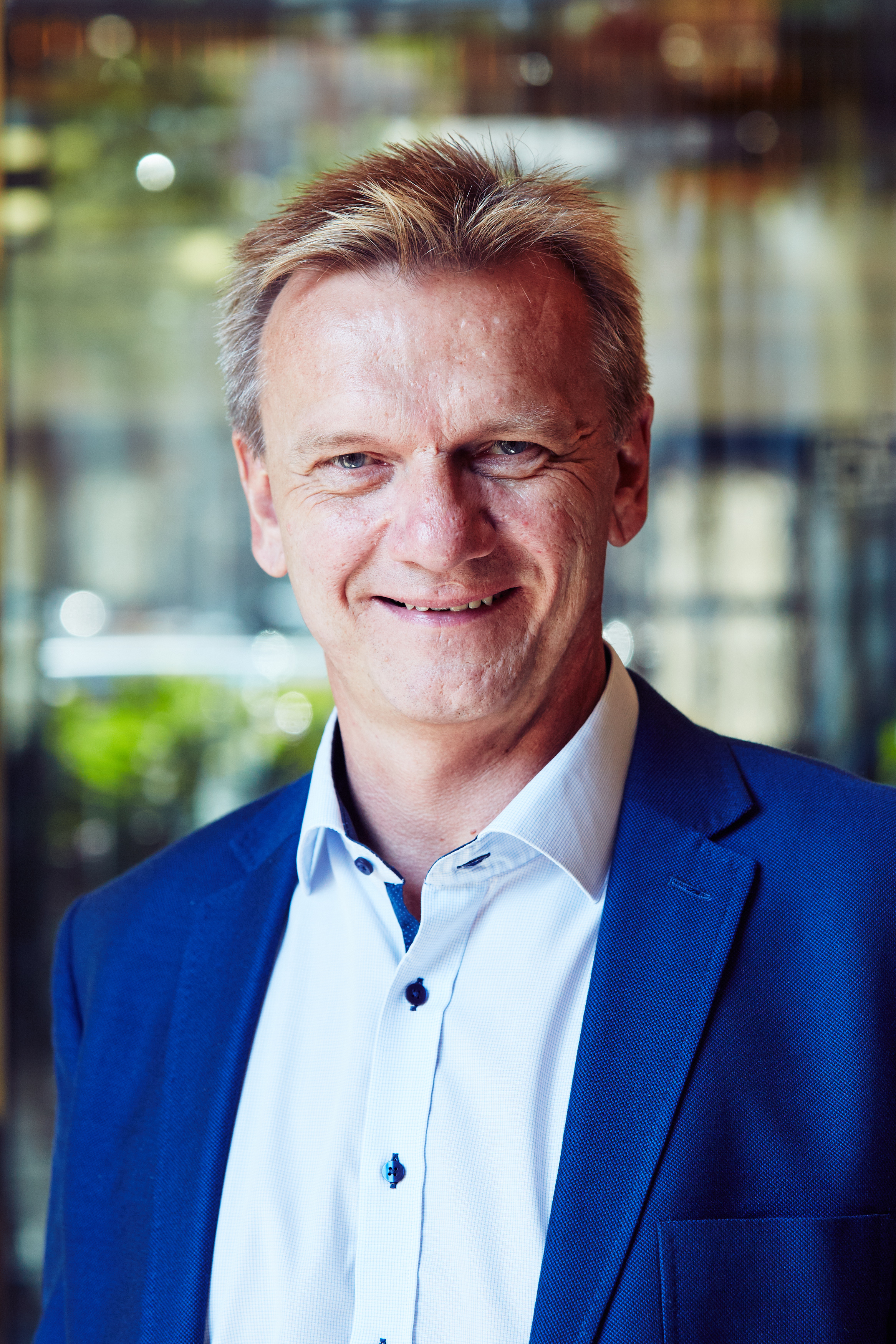 In 2001 J. Kistler became Director of Finance & Human Resources at Schiedel International and became member of the Executive Committee.

J. Kistler initiated and was responsible for a number of important projects such as: the successful integration of acquired companies into the Schiedel group, the creation of an international organizational structure, financial consolidation statements, introduction of new reporting systems, introduction of SAP, cost control and cost reduction through process improvement, implementation of savings within the supply chain, successful restructuring, implementation of operational and strategic planning, cash flow improvement through systematic asset management, regular reviews of organizational and human resources, implementation of talent management. 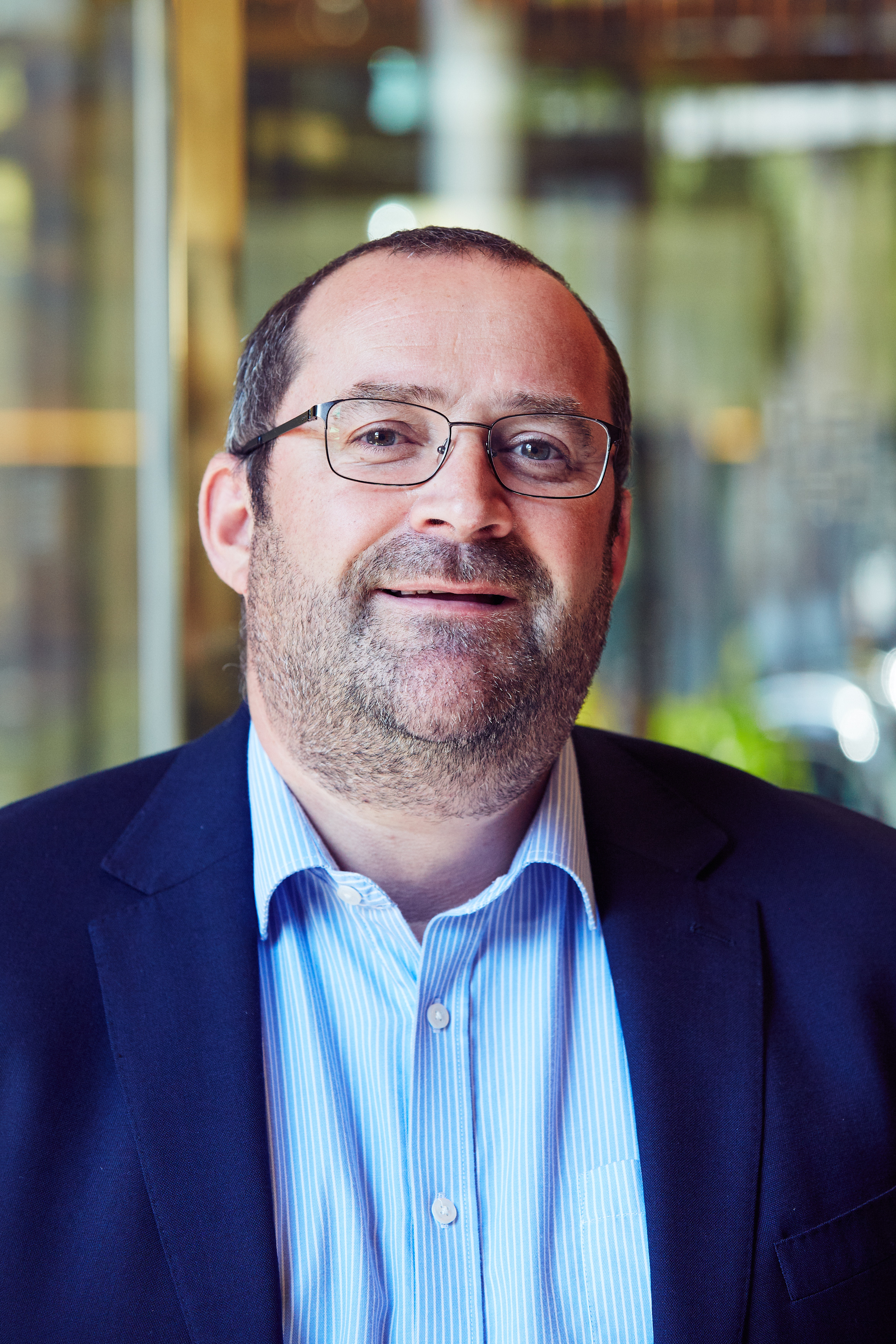 Michael Ball is an established member of the Schiedel management team, starting his career with the company over 20 years ago with a Diploma from Newcastle University in Building Services Engineering. Owing to his education, skills and experience, M. Ball has sound sales and technical knowledge and a holistic view of business life.

M. Ball’s first managerial position was as Commercial Manager for  UK & ROI focussing on the non-residential part of the UK business, which lead to him becoming Sales Director of the UK and ROI.

At the beginning of 2016 M. Ball was appointed Regional Director of North and Western Europe and was elected to be part of the Schiedel Executive Committee. 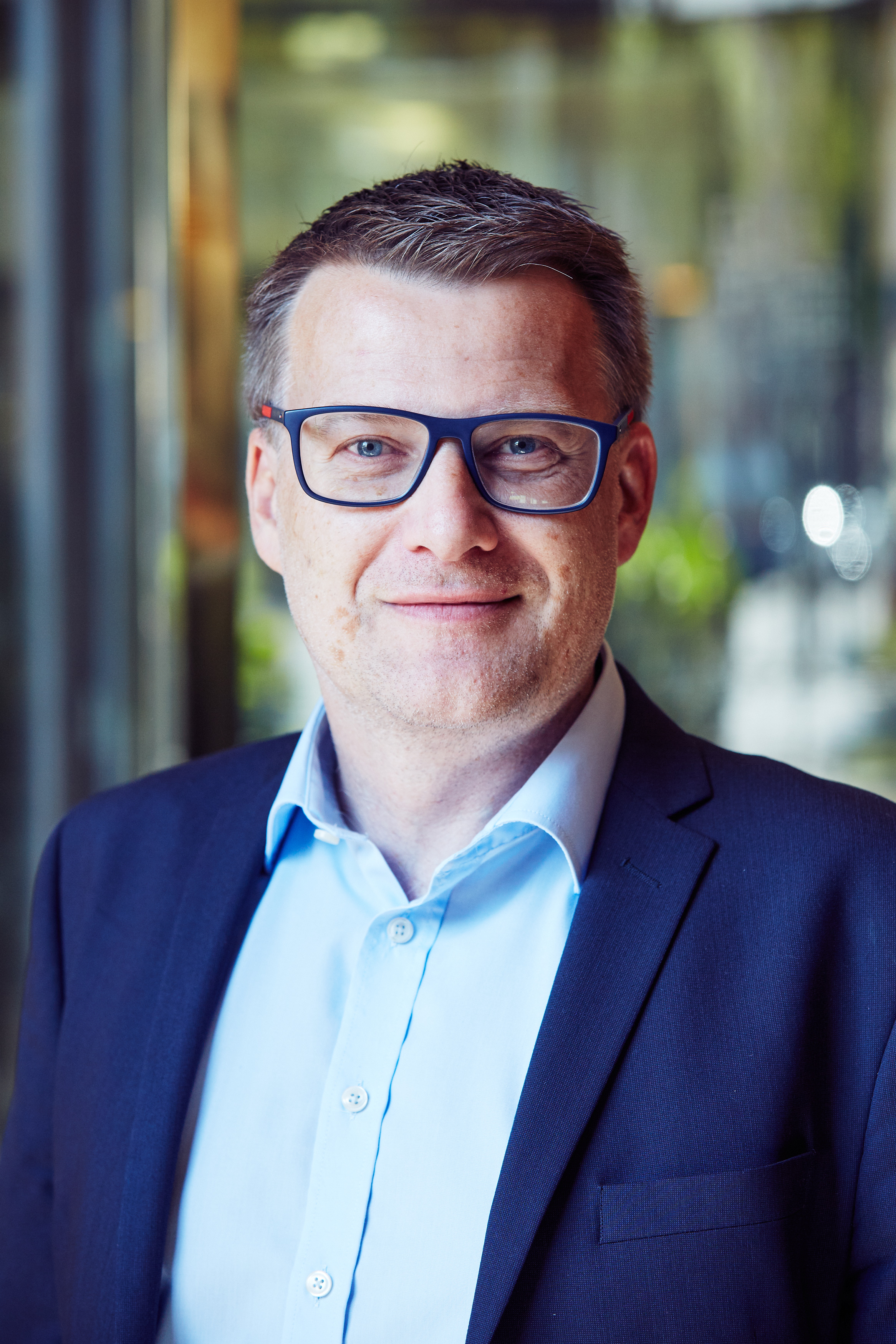 Andreas Schlechter has started his career in 1991 at Tyrolit Schleifmittelwerke Swarovski KG. After 17 years in various leading positions he joined Schiedel in June 2008 as a Sourcing & Logistics Manager. From 2001 – 2005 he has studied International Management (master degree) besides his job at the Management Center Innsbruck (MCI) with main focus on business management and cultures.

The position within Schiedel was created based on a talent management programme and therefor completely new for Schiedel. Main focus at the beginning was on sourcing topics. After successful implementation of the organisation and realisation of savings together with his team further interesting topics like inventory managament, footprint optimisation, network analysis, lead buyer for packaging in the Braas Monier Group and SAP template design and implementation (responsible for material management and production processes) followed. In 2016 after acquisition of the Ontop Group Andreas Schlechter was nominated as post acquisition manager to bring both companies together.
With 1st October, 2017 Andreas Schlechter was appointed to Director Industrial and Supply Chain and became a member of the ECS.

On 19th of March 2018, ALEXEY PALIIVETS, joined Schiedel as Marketing / R&D Director. Alexey is a member of the Executive Committee Schiedel (ECS) and will be responsible for Marketing Communications, Product Marketing as well as R&D / Technology.

Alexey was born in Ukraine and concluded studies in mechanical engineering in Russia.

His professional experience is based on several leading positions in Marketing, Product Management and Technical areas.

After his career start in the Oil- and Gas industry in Russia, Alexey served more than 8 years at Hilti, a worldwide leading producer and supplier of construction equipment as Sales Engineer and Product Manager in Russia, as Global Product Manager in Liechtenstein and as Marketing Director in Ukraine.

From 2013 to 2015 he was appointed Marketing Director Russia & Kazakhstan at Vaillant Group, the worldwide leading producer of heating systems. Prior to joining Schiedel Alexey held the position of B2B Marketing Director at Canon Russia.

The operational management team in the UK & ROI are:

Phil Lowe will take the lead in the development of sales in both the residential and non-residential sectors, continuing to work with existing customers, as well as exploring new markets driven by Schiedel and Ontop’s combined offering.

David Wright joined Schiedel in 2004 as part of the Management Team at Washington following Schiedel’s acquisition of Rite-Vent Ltd, where David was Export Director, having worked to develop the Export Markets since 1987. In 2006, David moved to an International role within Schiedel, as Product Manager for Business Line Steel, and managed the Group wide introduction of the Steel Academy to train Steel Sales Managers from across all Schiedel’s European Business Units.

Shaun Goodings joined Schiedel in 2013 as Finance Manager for UK & ROI. As a member of the Senior Management Team for these countries he has been involved with business growth, restructuring and cost controls, as well as procedural improvements and staff development.

In 2015 S. Goodings, also took on the management for the Purchasing and IT departments in the UK & ROI with the aim of developing an improved working procedures across departments under his control.

Early in 2016 S Goodings, also took on the Finance Manager role in Belgium, in conjunction with his current role and in early 2018 became Finance Director. In this role he works closely with the Regional and Site Directors

S Goodings holds a BA hons degree in accountancy and is a holder of the CIMA professional qualification.

Ken started his career as a Project Manager at a building services contractor back in 1978 before moving on to a leading builder’s merchant as an Area Sales Manager spending a spell of ten years at both. These would prove to be the perfect grounding for joining the company in January 1997.

After joining as an Area Sales Manager covering both residential and non-residential for the Scottish region, his area was quickly extended to cover the North of England. The territories were then split so he could specialise and concentrate on non-residential.

Several years ago ,Ken took a dual roll taking up the role of National Commercial Sales Manager as well as covering his Scotland & North England area.

Simon Saunders joined the company over 25 years ago within the Isokern Mineral side of the business. Over this time Simon has gained a wealth of knowledge on the Isokern products and chimney systems in general.

Subsequent to joining the company, he has attained a BTEC national certificate in construction, is certificated in CAD, and has built up an extensive library of CAD drawings to assist Architects and construction companies in their project designs.

Simon Saunders is general manager at the Poole site and works closely with the residential area sales managers.

Justin Garrod has many years’ experience in both IT and general business management. Justin has a proven track record of system implementation, with a strong history of system development in a Manufacturing Environment.

Justin has been involved in the business in many different roles starting in Marketing over 20 years ago.

Recently Justin has been involved in implementing Schiedel SAP into the UK.

Justin has a degree in Business Studies and Computing Science.

Laura Goodwin started her career with the company 26 years ago as a trainee in the Finance department. Laura was keen to learn all aspects of the business and has held various roles throughout the years.

When Schiedel acquired Rite-Vent in 2004, Laura was a key member of the integration team.

Laura finally found her niche and took over responsibility for HR in the UK in 2007.

At the beginning of 2016, Laura was appointed to assist M Ball with his regional responsibilities.

Scott Roberts started his career as a Production Manager with Schiedel in 2008. His was responsible for the restructuring of the manufacturing operations and lean functions.

During his time with Schiedel he has introduced key structures to the business such as flexibility within the workforce due to rigid training plans set around the business needs. The Visual Management systems have increased efficiency. Project Management activities have allowed considerable savings for every year since he has been employed by Schiedel.