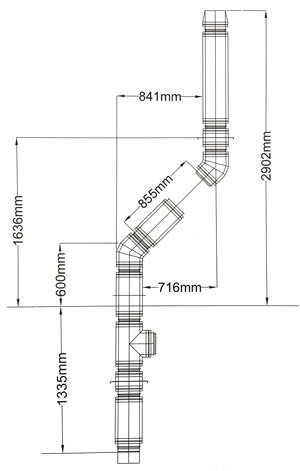 It’s just not homes and commercial premises that our flues are used for, but also hotels, hospitality and catering. One such project was at Chewton Glen, where we installed a substantial Pizza Oven, using the HP 5000 system.

Chewton Glen is a five star hotel and spa located on the edge of the New Forest. It has an excellent reputation and was reviewed by The Telegraph, who stated:

“A traditional country house hotel with a set of contemporary treehouse suites in its grounds. The hotel is also home to a world-class spa and an award-winning restaurant. Service is traditional but the hotel is still fun for families. Chewton Glen is a place of many parts, all of them wholeheartedly luxurious.”

Historically, the first recorded mention of  ‘Chewton Glen House’ was around 1732.

HP 5000 is a bit younger than that, being a technologically advanced twin wall flue manufactured with a 316-grade stainless steel liner and 304-grade stainless steel case. It is insulated with a 25mm/50mm thick high-density superwool blanket and is designed to operate under pressure up to 5000Pa (European Standard Designation H1). Operating with a continuous flue gas temperature up to 600 degrees, which is the European Standard Designation. The system is tested for thermal shock at 1000 degrees.

The components are flanged at both ends with a 25mm prudruding spigot at the male end to ensure correct alignment of joint and seating of the pre-installed gasket (no sealant required) on the engineered flanges. The joint of the two components butted together is secured using a V band then wrapped with insulation and a cover band.

A very accomplished task, and more important as it forms part of “The Kitchen”, a cookery school which provides an informal dining experience offering you the chance to watch the expert Chefs at work, including the renowned James Martin, amongst others. The à la carte menu features gourmet burgers, superfood salads and much more, as well as wood-fired pizzas (obviously) – and we can confirm that the installers tested it with one of Chewton Glen’s tasty pizzas 🙂

Click on to any of the links above, or use the form below to get in touch 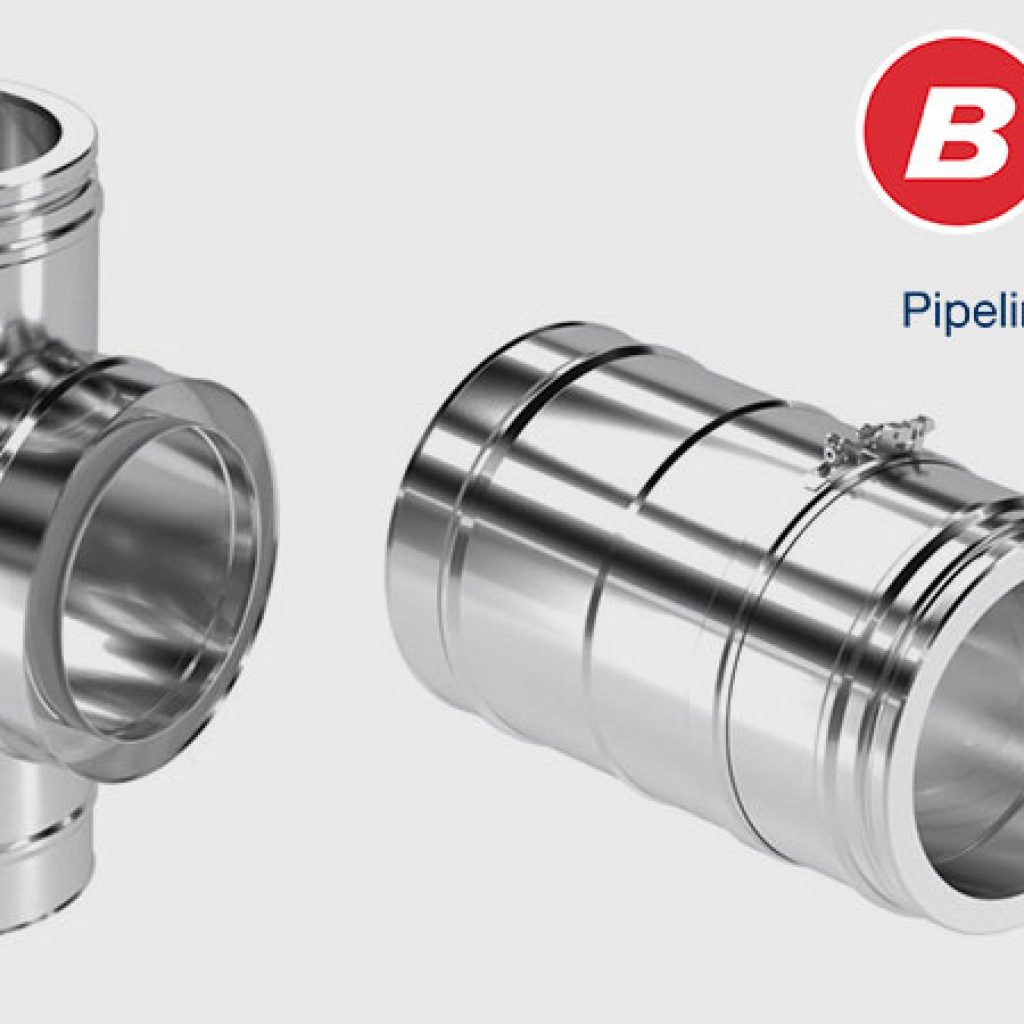 Schiedel and BSS continue working together. As the UK's market-leading distributor of pipeline and heating products and solutions, BSS Industrial is a nationwide business. BSS Industrial services, established over 110 years ago caters to a wide range of sectors and provides bespoke offerings to customers, including products, specifications, technical support and after sales care and [...] 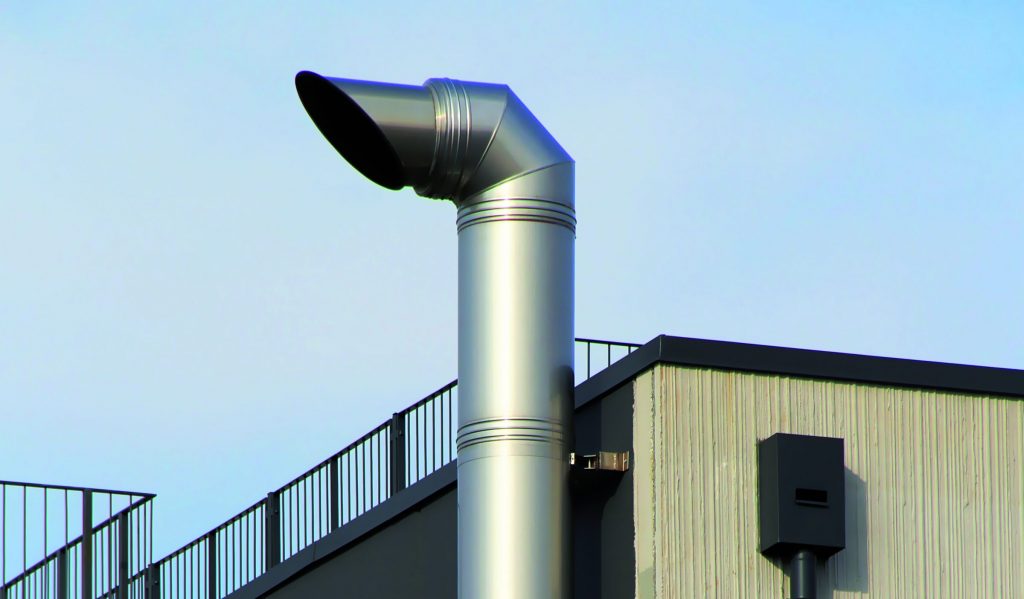 Updating boiler systems with a view to Net Zero. UK Building Regulations for England were recently changed in view to achieving the governments "net zero" target. This now refers to individual buildings and applies to all plans submitted after 15 June 2022, The relevant section: Part L, involves the updating of boiler systems, in that [...] 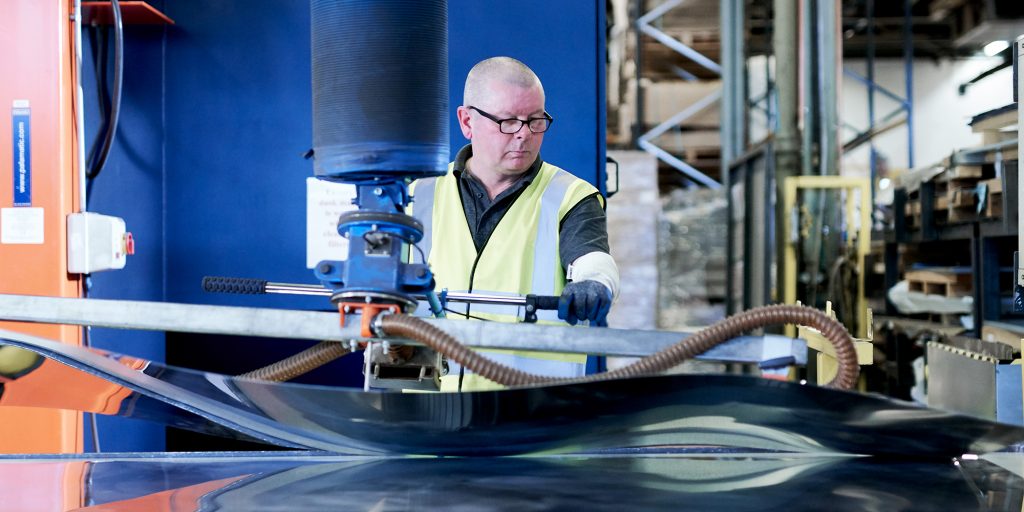 Schiedel TEST LABORATORY - OFFICIAL ACCREDITATION Schiedel continues to follow its pioneering role in the chimney-, stove and ventilation business. Thus, an accredited and  impartial testing laboratory has now been established in-house. Munich (02/2022) - Technical know-how and a strong expertise within this area are important key pillars for Schiedel to strengthen its market leadership [...] 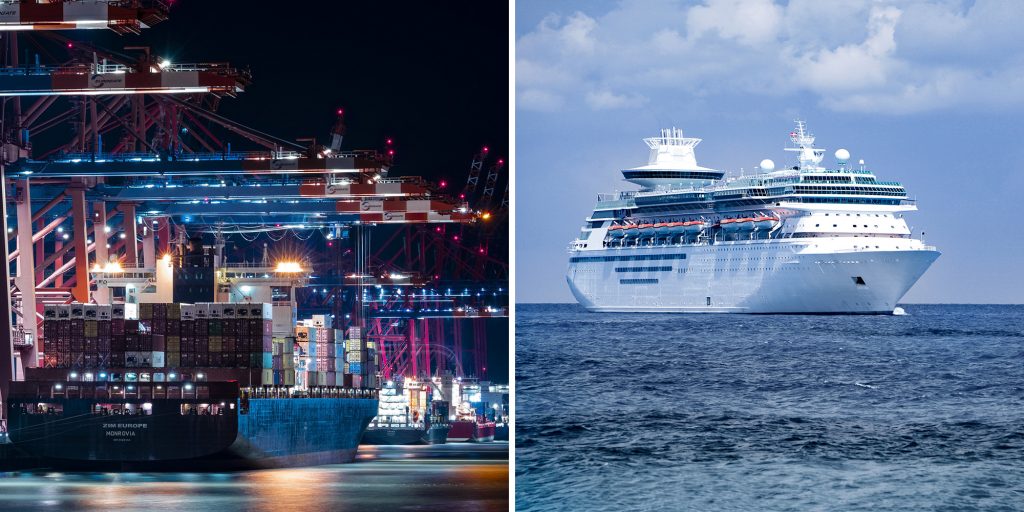 Corrosion in steel chimney and flue systems in coastal and marine conditions. Any commercial steel chimney or flueing system will always suffer from some sort of corrosion over time. The regular use of venting systems for heat and the scale of the developments means that maintenance needs to be regular.   However, the issue of [...] 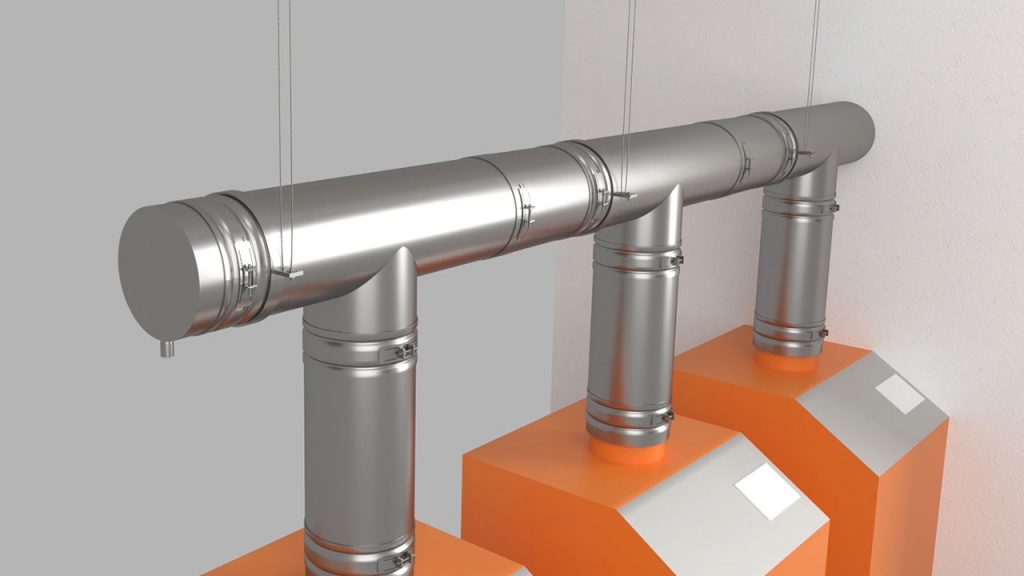 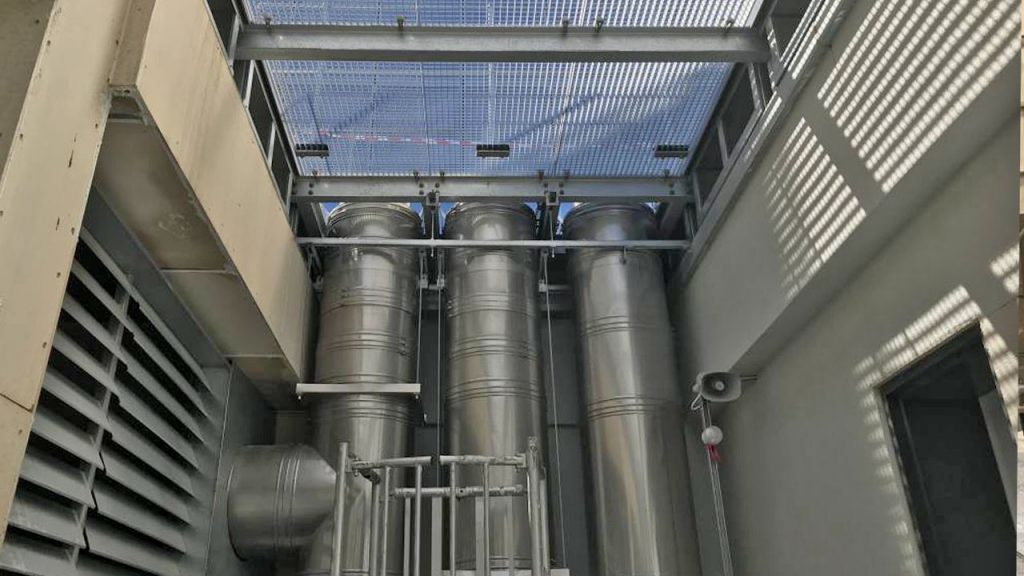 Schiedel commercial flue projects from Falcon Flues. Based in Newbury, Falcon Flues have over 30 years of experience providing a comprehensive flue and chimney design, supply and installation service throughout the UK for the commercial and domestic sectors using our Schiedel Metaloterm range as well as ICS 5000 range. They provide a comprehensive chimney and […] 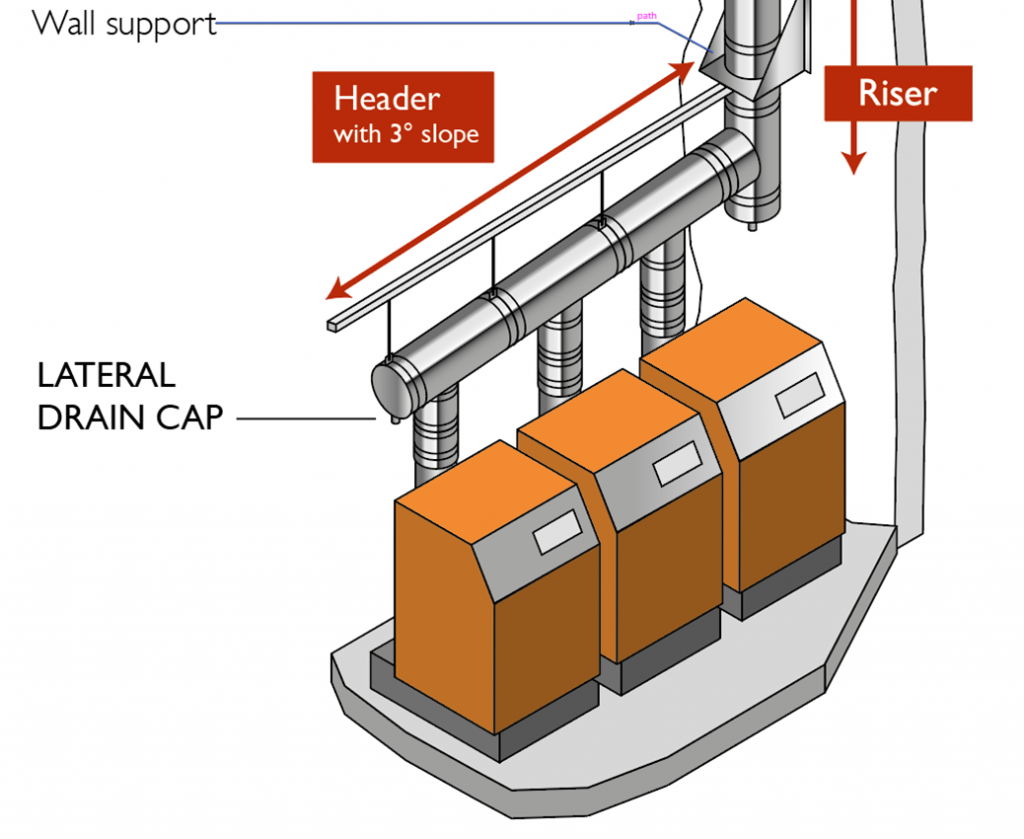 Lateral Draincap for ME and MF ranges

LATERAL DRAIN CAP FOR ME AND MF The lateral draincap has been introduced to the range to allow for the capping off of header/cascade systems, whilst enabling condensate to be gathered and drained off effectively through the standard 3/4" drain fitting. MF and ME versions are available, both with excellent features and benefits. Features Benefits [...]

Fire rating of the highest standard with ICS 25 and ICS 50. 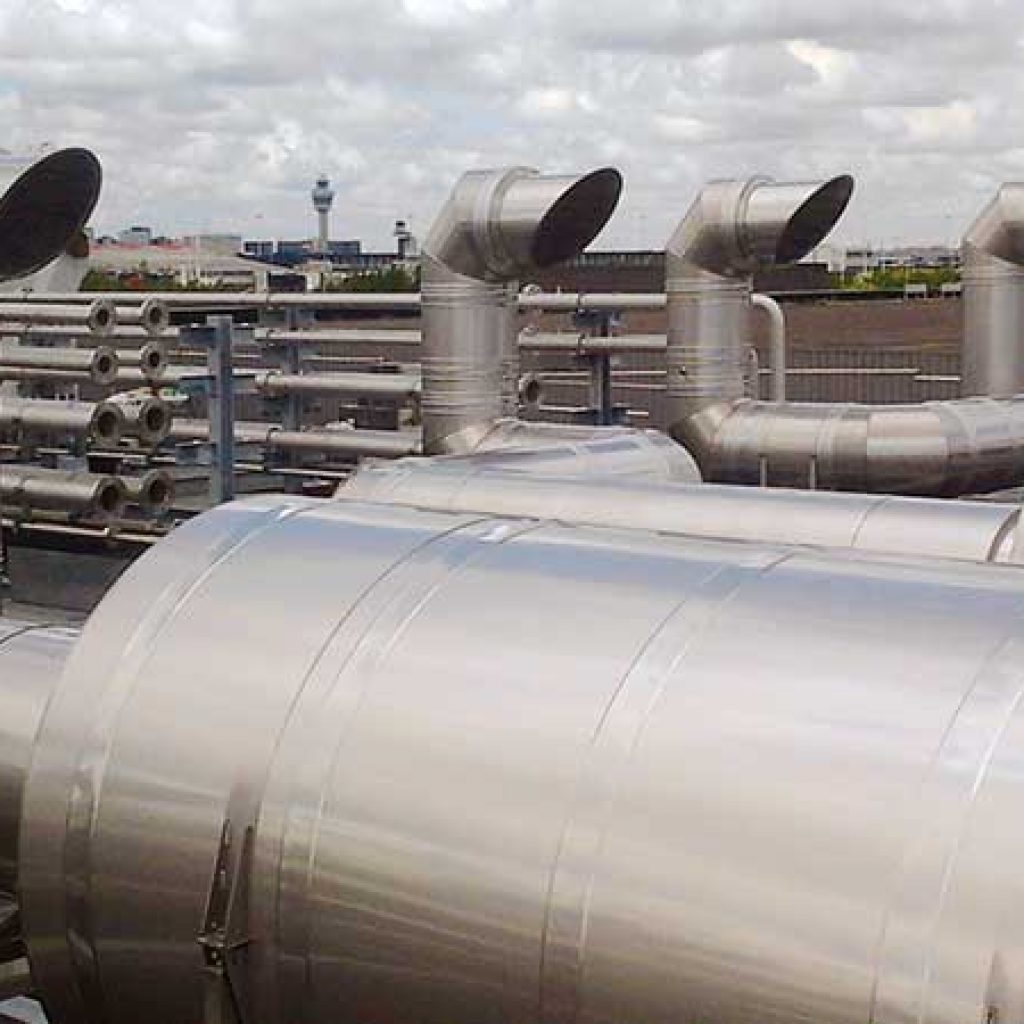 Noise Reduction within Flue and Chimney Systems Reducing noise within the Industry The first thoughts about safety at work are always about physical injury prevention as well as inhaling fumes, hazardous substances, etc. However, Occupational Noise, which is the amount of acoustic energy received by an employee of a company, can cause permanent damage if [...]