Another major name was added to the Schiedel List of Who’s Who, when we completed a project for Boeing in Sheffield.

Boeing’s production facility in Sheffield, United Kingdom, was established in 2017, and manufactures high-tech components for Boeing’s Next-Generation 737, 737 MAX and 777 aircraft. These actuation system components will be used on the trailing edge of wings of these models. The new facility is a result of a Boeing investment of more than £20 million.

A rendering of the new facility from Boeing – Image from Boeing.co.uk

Remeha was founded in Holland in 1935, and the UK’s first commercial condensing boiler, introduced into Watson House (the British Gas testing centre) in 1983, was a manufactured and supplied by Remeha. The boiler was installed by Broag, a UK manufacturer of oil burners and provider of general engineering services. Broag was acquired by Remeha the following year.

Lochinvar, another established name, has been supplying the commercial sector since the mid-70s, but the company was actually founded back in th elate 30’s in the USA.

Schiedel, who were established in 1947, in Austria, and Rite-Vent, established in the UK in the late 60’s (becoming part of Schiedel in the mid 2000’s) complete the list of well established companies providing the important components to the contractor, AF Connells.

From Schiedel, the ICS Chimney Flue System was installed.

ICS Plus is a twin wall flue manufactured with a  stainless steel liner and stainless steel case.  It is insulated with a 25mm thick high-density (128kg/m³) superwool blanket.  Designed for pressure capability of 200 Pascal’s for use with semi and fully condensing appliances.

As with all projects, health and safety is of paramount importance, and just like the Washington Plant, with it’s consecutive World Class Award, the team onsite followed similar safety rules, as the installers were provided with the relevant PPE applicable to the job and site rules.  This included:

Also a regular Toolbox Talks/Installation Progress Briefing was held on a daily basis, which comprised of the daily assessment of hazardous activities and the measures required to effectively control these risks. These were all signed and dated on the relevant tool box talk, then a copy given to the client for their records.

Again, it shows the impressive range of work carried out by the Schiedel Commercial team on a regular basis. For more information, don’t hesitate to contact us by visiting this page.

We’d love to be able to send you information more about our CAD downloads, video guides, installation instructions and many other things, but we need your permission. Please click here to visit our Newsletter page and select the categories you’d be interested in and we’ll make sure we’ll keep you up to date with the things you are interested in.

We only tend to send emails out a few times a month, so you won’t get annoyed ? 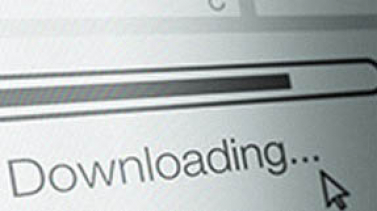