The Government have finally put to bed the rumours circulating that stoves were going to be banned. After consultation with the SIA and other parties, The plan is to introduce the following one year from now:

Therefore there is NO BAN ON STOVES

The legislation proposed is exactly as predicted and in summary seeks to ban the sale of wet wood in volumes over 2 cubic meters, ban smokeless fuels with more than 2% sulphur content and finally to ban pre-packaged bituminous house coal. There are different timescales for when these bans will come into place, but they start in one year’s time.

The exact wording is:

Government recognises that a range of households have open fires or stoves and is not seeking to prevent their use or installation through these proposals. However, action is needed to reduce the amount of PM2.5 produced as a direct result of domestic combustion

Schiedel Chimney Systems, as part of the Stove Industry Alliance have agreed we welcome these changes and we’ve been fully consulted about them

The SIA are contacting the worst offenders of misreporting in the press, such as Sky News on-line where a caption under a picture of a wood stove reads “Wood burning stoves will be phased out from next year” – which is factually incorrect and just very lazy editing.

We are aware that both the Telegraph and some other papers have also made reference to a possible future ban on wood burning stoves and the SIA will be following up on these and talking to the journalists / editors during the next week to try and correct them and make sure their understanding of Defra’s announcement is better than it is currently.

So, we finally have some definition to the legislation, which matches what the stove industry and chimney industry have encourages for a number of years. 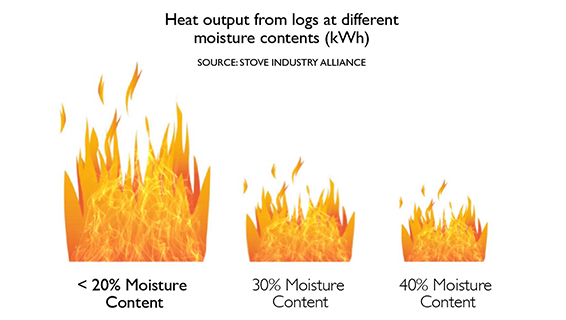 Ecodesign is the European-wide programme to lower emissions from stoves. It comes into force in the UK in 2022. SIA Ecodesign Ready stoves have been sold for a number of years now and meet the Ecodesign requirements. The PM emissions limit for Ecodesign is 55% lower than for DEFRA exempt stoves.